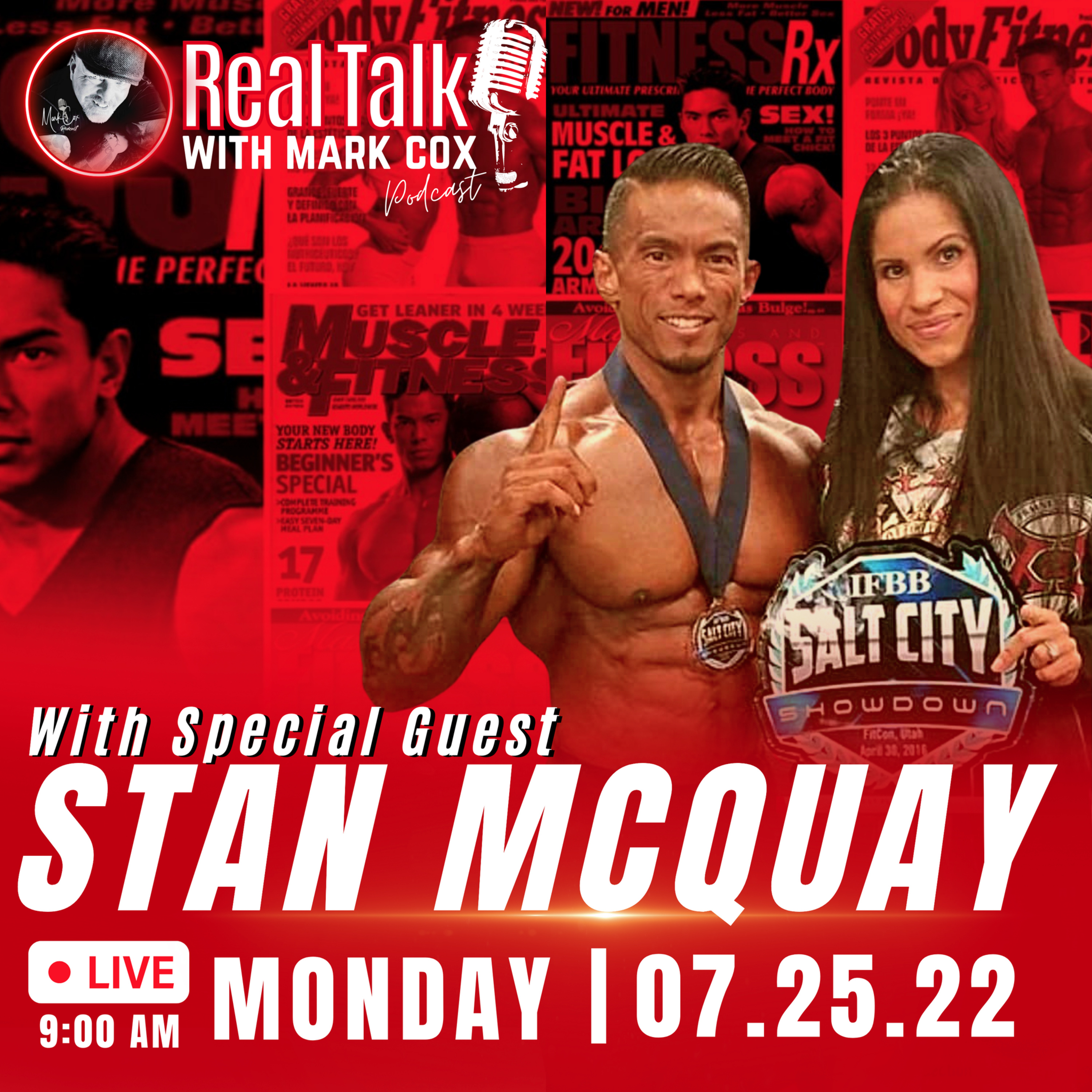 Stan  McQuay has been an icon in the fitness, bodybuilding and martial arts  industries for over 22 years. Having earned two black belts in martial  arts and being the first athlete in the United States to obtain  professional status in two of the major world bodybuilding organizations  (IFBB and Musclemania) and has appeared in the Olympia 4 times, his  work ethic, self-discipline and determination to succeed are  unquestioned.  Having graced over 100 book and magazine covers worldwide and hosting  his own TV workout shows on ESPN, FOX and The Discovery Channel, his  name is synonymous with fitness. After winning the 2006 NPC National  Bodybuilding Championships, McQuay used his notoriety and now 22 years  of private training experience to establish Physique Incorporated,  thereby becoming a major player in the “celebrity market.” In just the  first year of business, McQuay’s client list had become a who’s who of  entertainers and athletes, including the likes of rappers Dr. Dre and  Xzibit, from the movie 300 – Gerard Butler, Fast & Furious Star –  Vin Diesel and UFC world champion Georges St. Pierre, as well as several  IFBB, NFL and Major League Baseball players.  Stan McQuay has now raised the bar in the world of fitness even higher.  Having been a proven champion throughout his life, both as an athlete  and elite trainer, he took a step even further to dispense his knowledge  and experience in maximizing physical performance by creating a  competition team called PHYSIQUE INC.: a competitive bodybuilding and  physique team. In doing so, he has capitalized on not only the ever-  expanding fitness revolution, but also the increasing popularity of one  of the country’s fastest growing sports, Men’s Physique and Classic  Physique. McQuay has been a recognized authority in the bodybuilding and  training world for decades, making him the ideal catalyst for making  such an endeavor successful.