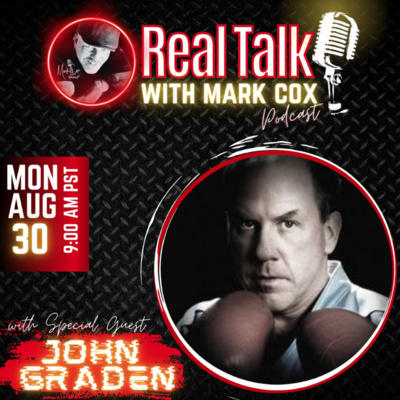 Season 2
Widely credited with leading the martial arts school business into the modern age, John was first called a visionary by MASuccess editor, John Corcoran and dubbed the martial arts Teacher of Teachers by Martial Arts World magazine. John is also the author of many of the best selling books on martial arts business and personal development. Now the Executive Director of the Martial Arts Teachers’ Association (MATA), John’s renegade leadership style has landed him on the Dr. Oz Show, the Wall Street Journal, the A&E Network and many more international media platforms along with many small podcasts that only his wife listened to. A Tampa Bay, FL resident, John Graden is married with two children. Mr. Graden is Not a Paper Tiger For those of you who think he is all about the business, his WAKO World Championships with the USA Team and legacy as a Joe Lewis protege might change your mind. In fact, Black Belt magazine did a cover story on Mr. Graden and his brother Jim’s relationship with the late legend. The story was called, “Passing the Torch” and it was Joe Lewis saying that when he passes on, he was passing the torch to the Gradens. --- Support this podcast: https://anchor.fm/markcox/support